I rolled into the parking lot at 5:25 to find it empty.  Thinking I had the day wrong, I started to make a trip to the fern instead when Golden Sombrero continued his triumphant return.  I invited San Diago to venture back out to The Burbs, so I decided to stick around to see if he would show.  He did, along with recent newcomer Resin, and Billy Ray.  The five us stood there wondering when the Q was going to show, especially since the call never went out from the site Q expressing a need.  Having no one to lead, San Diago, YHC, and Golden decided to divide the workout into three 15-minute sections, each taking one.  With the band together, we proceeded to perform our greatest hits.  See below for a picture of our BOM… 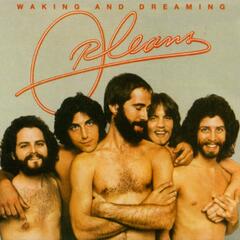 While this technically served as our warm-up, the exercises exceeded their intended purpose.  After some SSH, SD introduced the Burbs to the WV.  It will become a staple of Radar’s warm-ups.  Excellent exercise.  After this we did a mosey lap around the church and ended at the stairs.  After about 10 minutes of wall sits, SD announced that we would do A Joe Hendricks to close out his time. Little did he know, I planned on spending my entire 15 minutes on the stairs…

To me it was perfect.  Others disagreed.

Golden decided to slow things down a bit with some classic F3 exercises.  We did some merkins, various core exercises, and an Indian Run around to the covered area.  Here we did some more core work and burpees.  Then we moseyed back down to the stairs for some additional merkins.  We capped things off with a jailbreak back to the circle for BOM.

Seriously, where was everyone?  No Slap Chop?  No anybody?