Battle of the Carols – Round 2 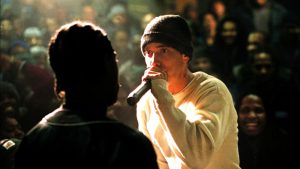 Whisper finally returned from a two week holiday in the Wild West driving cattle from New Mexico to Colorado. But he met Cowboy Curly who taught him how to hostler a pearl handle 6-shooter while riding a pony on a cattle drive. And after stealing young girl’s hearts just like Gene and Roy, his first order of business was to trade Roadtrip for a heard of galloping PAX and ride shotgun for the Texas Rangers (Thumper, Mayo, Butterbean and Master Tonic) through the Poinsett Cattle Ranch. Did Roadtrip cry? Goodness no. Running is stupid so he just queued the music and started this show by spreading the Christmas Fear to the friends of the Simpsonville Schmoony.

So the Ice Cream Station was dressed in holiday style, Look Out Below was laughing as the weird van was passing while Monkey Humpin’ with a smile. YHC gifted our fearless AO leader with a holiday surprise of his choosing, which looked like a photo shoot from Brokeback Mountain.  Isn’t it ironic, don’t ya think, considering the Texas Rangers just departed.   Well, let this jingle jangle dingle your Dangle…or just keep it to yourself and don’t ask about Deflated.

Church Lady flawlessly executed the SSH…he has been practicing

YHC started looking around for ATM who RSVP’s to this Christmas Dance, but the other PAX just started calling him names and wouldn’t let him join any games.

Then in a twirly whirly motion, YHC reached for the Bluetooth speaker of holiday nachos, only for the mumble chatter of, “Please, not Feliz Navidad.” Aaaa Haaaa! Arriba, arriba! Andale, andale! That’s right. What has quickly been overtaking PAX Tinder as the most popular holiday fad…RT and Jose’s Navidad de Feliz.

You know the drill…1 Burpee on “Feliz Navidad” and 2 jump squats on “Merry Christmas.” 24 Burpees and 36 Jump Squats later, Sammy thought about losing his sweatshirt, but it was still about 40 degrees and the creepy van guy was looking for handouts.  Anyway, que the mic, because this is Round 2 of the Epic Christmas Carol Battle with Cyclone and my palms are sweaty, knees weak, arms are heavy. There’s vomit on his sweater already, mom’s spaghetti, He’s nervous, but on the surface he looks calm and ready.

It was a pleasure, SYITG
RT Out